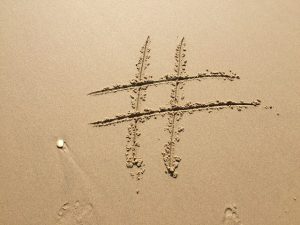 Having been the first country to hold and pass a referendum on gay marriage, Ireland is currently going through another historic debate, whether to legalise abortion, or repeal the 8th amendment. A referendum will be held at the end of this month. It’s a sensitive debate, one in which feelings can be hurt, friendships and families can be tested and opinions and views of both celebrities and healthcare professionals are broadcast all over the media to convince voters of the benefits of a yes or no vote. What impact will social media have on the outcome?

The referendum on gay marriage in 2015 was the first in Ireland to be played out on Twitter and Facebook, with hundreds tweeting their return home, from near and far, to have their say on a historic vote for Ireland, a notably conservative, Catholic society.

It’s 2018 and social media’s influence has grown. Young people all over the world not only in Ireland rarely read newspapers, barely listen to the radio and use the television only for watching live events. The easiest way to reach them is through social media and podcasts. For example, Instagram and its features have taken over the world, where ever we look personal posts and “stories” add weight to either side of the debate. Picking up your phone on a dusty Sunday morning after one too many the night before, is no longer a carefree activity. A debate you can barely get your head around at your most lucid, rather than at a time when you are hoping from Godly intervention to get rid of this pounding headache, is thrust in front of you.  It has been like this for a while. It was at the heart of the Arab Spring in 2011 and now it’s once again playing its part. Liking your friends post out of politeness could convince another and another and change the result of the whole referendum.

For the most part, content is unfiltered, and this week Facebook has taken the step of banning paid foreign ads relating to the amendment debate, trying to stop any undue influence from outside parties. Not only recognising their place and how they could influence the debate they have taken what looks like the correct and fair decision.

So, no matter how this debate turns out, social media will have played its part and more than likely every social media user whether they voted or not will have had an impact on someone’s decision.